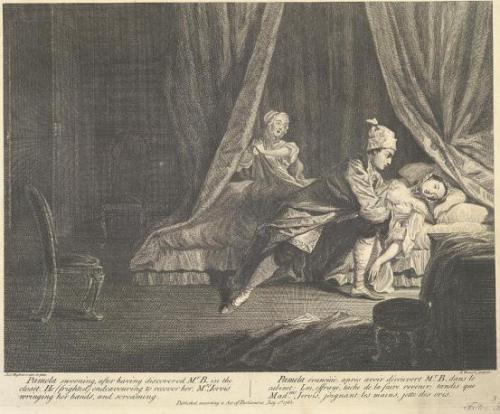 Today – when I should have been looking for a house to rent for my new job – I read an article in the Guardian by Rhiannon Lucy Cosslett on the subject of victim blaming. It was provocatively titled “Have accusations of rape victim blaming gone too far?”. As you can imagine, it didn’t put me in the best mood to read what followed, so what you’re getting here is a heavily re-written piece of blogging.

The kernel of this piece was Cosslett’s feeling that, when women internalise rape myths and victim-blame themselves, it is wrong to respond with anger, because anger at rape myths can read as anger at traumatized women who’ve bought into them. I was angry when I read this piece, and so – like the nice, well-brought-up feminist that I am – I tried to put myself in Cosslett’s shoes.

Why are rape myths so insidious, so attractive, that women like Cosslett cling to them even when (as she says of herself), they know they are myths? Is it more than their simple prevalence in our culture – is there some reason why they continue to appeal?

Immediately, I thought of one of the most ‘appealing’ narratives of victim-blaming ever written, a narrative that was one of the most popular novels of its day. In 1740, Samuel Richardson published the novel Pamela. This novel features a virtuous female servant who is the constant target of her wicked employer’s sexual advances. He imprisons her, tries to rape her, intercepts her mail and gaslights her. Eventually, propelled into true love by sheer sexual frustration, he marries her, and they live happily ever after. Ish.

It’s an unpleasant story, but there’s more to it than that. Richardson’s novel recounts Pamela’s experience of the attempted rape in her own voice, despite the fact that the character claims to be in a swoon. This is a bit of clunky writing on Richardson’s part: it requires the narrator to be both aware of her surroundings, and simultaneously, unconscious. Richardson’s contemporary, Henry Fielding, latched onto this unfortunate narrative style and made it central to his spoof, published a year later and titled Shamela. Fielding re-imagines the scene with Pamela/Shamela cynically pretending to swoon while enjoying the sensation of her employer groping her body. His reworking turns what was a male author’s artistic failure of plausibility into a female heroine’s active and deliberate duplicity.

This spoof is extremely clever, because it exploits one of the most irritating features about Richardson’s original heroine: the fact that she has almost no agency of her own, almost no will to take charge of her own narrative. Fielding neatly sidesteps the fact that, if Pamela had screamed and shouted, it’s highly unlikely she could have prevented her employer from doing what he did. And so, he gives her the only agency she can possibly have in this scenario: the agency of welcoming (indeed orchestrating) the sexual assault she supposedly ‘suffers’.

This measured analysis of the appeal of victim-blaming narratives wasn’t my first response, and it’s not my whole response. My first response was pretty furious, and that’s because Cosselett doesn’t just buy into victim blaming stereotypes – she buys into, and exploits, a whole host of other anti-feminist stereotypes while she’s doing it.

Now, I reckon my reasons for objecting to rape myths and victim blaming are pretty coherent. To publish rape myths in a National newspaper (as Cosslett did) is to give them credibility, and to perpetuate the idea that rape is someone other than the rapist’s fault. We can see the very clear, disturbing and worsening implications of victim-blaming in the recent news that, as of now, your chances of getting a rape case to court are the lowest since records began.

In addition, there’s a backlash against women reporting rapes, which is reliant on the myth that men should not take full responsibility for their actions. We’ve seen it from the rapist Ched Evans, serving a jail sentence, is welcome back into his old job at Sheffield United. We’ve seen it from Julian Assange, who’s been hiding out so he doesn’t have to face rape charges (as you do when you’ve a mature and compassionate attitude to legal process, right?) and from Ma’lik Richmond, returned to his old position in the Steubenville football team. Gee, guess Paul Callan of CNN was totally right that Richmond’s life was ‘destroyed’ by being, er, convicted of a crime he committed.

None of this wider context about rape made it into Cosslett’s article, which was instead taken up with arguments against those women who’d originally objected to the perpetuation of rape myths. Cosslett appears to believe that the real issue here is that most feminists are, well, just a bit thick compared to her. Speaking of the Judge who suggested that drunk victims of rape are just too tricky for juries to believe, she asks:

“When Rape Crisis Oxford called Judge Mowat’s comments “outrageous”, did they reflect how many of the victims who come to them may have expressed similar views, similar regrets?”

Well, I don’t know, but somehow, I’m guessing they did reflect, you know. It’s part of their job. So far as I know (and I’ve lived in Oxford since 2008 and do notice these things), they do quite a good one.

She goes on to suggest that what’s really an issue is that some feminists use words:

“Terminology is helpful (“rape culture” is much snappier, is it not?), but it can preclude nuance.”

Rather vaguely, she claims that ‘some people’ are ‘irked’ by the term rape culture, and so it seems that ‘terminology’ is something that nice, polite ladies do not use – perhaps the equivalent of the wrong fork at dinner. What nuance Cosslett imagines is being missed was, sadly, not revealed.

Next, she objects that feminists failed respond to her own affirmation of rape myths either “sensitively” or “logically,” or with “insight and analysis”. By this point, I pretty much had my anti-feminist bingo card full, because this terminology buys into one of the oldest and most damaging stereotypes about women: that we’re all just irrational and illogical. Cosslett (like, I’m afraid, many an anti-feminist I’ve read) didn’t explain what was illogical about calling out rape myths, nor did she explain why she didn’t recognise the analysis behind the arguments of those who disagreed with her. She simply slapped on the customary label that’s used to silence women you disagree with.

While I was wondering how to respond to this article, I spoke to a friend who (like me), had recently read about how Mary Beard chooses to respond to internet trolls, using her considerable privilege (as a professor at Cambridge) to explain herself and elicit startlingly positive, apologetic responses from, for example, the man who photoshopped genitalia onto an image of her face. One of the revealing points Beard makes (and it’s discussed in more detail in the New Yorker) is that, while her approach works for her, she objects to people painting this response as uniquely feminine in its empathetic, caring (and time-consuming) qualities. She notes that people have interpreted her responses as ‘maternal’ and therefore praiseworthy, while sheer anger might have won her a very different set of responses even from those who agree she has cause to be angry.

This is an important point: very often, feminists are criticised for responding with anger, which buys into the old stereotype that women should be more caring, more patient, more keen to spend their time on educating those who disagree with them.

This made me think quite hard about how I wanted to respond to Cosslett, but also about why I was so angry about her piece. I object to being told (from the privileged position of someone writing for a national newspaper) that if I disagree, it’s because I’m unnuanced, illogical, insensitive and, well, a bit thick. And yet it’s easy for me put aside my anger, to refute those claims, to pull out the recently-published statistics on rape, and to dress the whole thing up with a nice literary-historical anecdote. It’s easy, and it implies that Cosslett is right to equate angry responses with a lack of logic, nuance and sensitivity.

But what about those women who read Cosslett’s piece and responded from a position of feeling hurt, traumatized and upset? What about (god forbid) those of us who are not articulate writers in the Guardian or smart-arse junior academics who read too much eighteenth-century fiction? What about you and me on the days when we don’t feel calm and composed and inclined to spend a couple of hours pontificating about narrative structure (rather than, say, stating categorically that rape myths are misogynistic bullshit)? What about the days when we read about the rape of thirteen-year-old Ebony Williams? Shouldn’t we be able to respond without being told we’re ‘illogical’ and unnuanced?

It is not inherently illogical, unnuanced or insensitive to state that rape myths are categorically harmful, incorrect and antifeminist. It is not evidence of superior intellect, or sharper debating skills, to demand that everyone should agree with you, simply because you genuinely feel upset. There is a worrying trend, I think, to equate perfectly rational anger with lack of nuance – and it’s not just Cosslett who does this.

Shouldn’t we let ourselves be angry?

Thanks to Hannah Bailey who discussed the article about Mary Beard with me, and pointed out some of the implications for this post.

This is a great, courteous but absolutely correct, follow-up to the media response to Beard’s interactions with her trolls. Worth a read.

27 thoughts on “Yes, I’m angry, but that doesn’t make me illogical: On victim-blaming”