I was going to give you a picture from Twilight, but this is more fun. The manuscript of the ‘Squire of Low Degree’ romance. London, British Library, MS Add. 27879.

I started thinking about this post when I overheard two women discussing Twilight. Again. Now, I love dissing Twilight, even though I am a giant hypocrite with no intention of giving the oeuvre my full and detailed attention for longer than, oh, about 30 seconds. But what caught my attention was something I’ve heard a few times now: Twilight (or 50 Shades, or whatever) ‘gives girls unrealistic expectations’.

It does. Obviously. But I’m slightly uncomfortable with the gendered emphasis here. That claim in itself – women believe these romantic stories and get led down the garden path – has a very long history and it’s tied into some really nastily misogynistic ideas about women and popular fiction. I looked at some of these in my previous post about Booker winner Eleanor Catton, and her medieval counterpart, Dante’s Francesca da Rimini.

This time, I’d like to show what I mean by retelling a Middle English romance that’s all about how women read fiction and how it distorts their real lives.

The story begins with the princess of Hungary – a beautiful young woman – who comes to the attention of a squire in a father’s palace. The squire is too poor and too low-born to court her in a conventional way, so instead, he loiters around the palace gardens underneath her bedroom window, muttering about how he’d love to be just like the famous heroes of romance and sweep her off her feet.

Remember how women like to read romances? Predictably, the princess overhears and is thrilled. Gee, you like Sir Gawain? Me too!

There’s a bit of an awkward moment here, because the squire isn’t actually all that clued on on romance. And though he says he wants to be like Sir Gawain, he also says he wants to be like the giant Colbrand – a rapist who overpowers women by force, and who is very definitely the baddie. The fact that the squire thinks this is heroic behaviour, and the fact that the princess is too star-struck to see the red flag, is a (literal) giant warning sign.

But the princess is convinced she can make this would-be lover into the perfect man if only she follows what all her reading has taught her. She decides to set the young man a series of romance-inspired tasks to win her hand. Now, he isn’t actually all that keen on being a romance hero in reality, so once he’s got about five minutes down the road, he decides to go back and have another try for some more immediate gratification.

While he and the princess are discussing the merits of deferring sex with a nice quest, her jealous steward turns up and starts a brawl. The squire kills the steward but is captured by his men, who decide, as you do, to dress the dead steward in the squire’s clothes, slash his face so he’s unrecognisable, and dump him outside the princess’s door while they take the captive squire along to the king.

Now, the princess has been trying all along to mould her life into a romance narrative, and trying to create the perfect romance hero out of this rather unprepossessing would-be lover. She’s read her romances – not very well, maybe – and she wants to do a Francesca da Rimini, falling in love with a man who acts as if he’s stepped out of the pages of a romance. So, what she does next has its own bonkers logic.

The princess finds the body and believes it’s her would-be lover. She rolls up her sleeves and embalms the corpse, pops it a box by her bed, and spends the following seven years kissing it and rubbing it and, increasingly, lamenting that over-use (!!) has begun to wear the embalmed body into dust.

In case you think this is just too disturbing to be a real medieval story, I’ll say now, there’s another one. In Malory’s Morte Darthur, the sinister sorceress Hallewes explains her necrophiliac tendencies to the object of her desire with perfect – and disturbing – self-awareness:

“I had kepte no more joy in this worlde but to have thy body dede. Than wolde I have bawmed hit and sered hit … and dayly I sholde have clypped the and kyssed the.”

(‘I took no more pleasure in this world, except to have your body dead. Then, I would have embalmed it and dried it … and daily I would have embraced you and kissed you.)

These stories crash through our expectations of plausibility, and of aesthetic decorum.  They also introduce a concept that doesn’t very often make its way into modern stories about knights and ladies: female sexual desire. These women are trying to shape their lovers, to mould them into the perfect object of their desire. The princess is so caught up in the process of trying to find her romance hero, and so sexually frustrated when she does find him, that she endures a would-be rapist, an macabre sex toy, and marriage to a pretty unpleasant bloke.

The princess is a figure of fun, even though her grief is genuine. The man she eventually marries (yes, she’s reunited with the not-dead-after-all squire) is a charlatan, who doesn’t know heroism from rape myths. My fantastic PhD supervisor, who introduced me to this romance, suggests it’s possible he and the princess’s dad are also having a bit of thing on the side. So no prize, really.

The misogynistic message here is clear: stupid women who read too many romances, too casually, end up looking ridiculous.

But medieval culture also shows us how women learned to exploit the cultural narratives that told them how to behave. There’s a brilliant study of medieval marriages in fifteenth-century London, which describes such a situation. In 1476, Alice Hobbys sued her husband, a prestigous doctor, for divorce. The case was shocking. Colleagues of William Hobbys testified that he had been discovered visiting prostitutes and had been committing adultery with several women and in at least two countries, for fifteen years.

Divorce was extremely rare in medieval England. Shannon McSheffrey, who writes about this case, explains that the reason Alice could bring this suit was to do with the cultural narrative of masculine behaviour. A man who could not control his sexual instincts in a way appropriate to his social position was a man who had degraded himself. A husband should be the ruler of the wife – but a man who could not control himself could hardly control his wife.

Alice got her divorce.

This story, though it’s not a romance but real life, shows us how women could use cultural narratives about romantic interaction between men and women to their own advantage. Alice Hobbys’ court case relies on precisely the same ideas about men and women that bound women in a misogynistic society. Her lawyers accepted, as perfectly right, the idea that a woman should submit to her husband – but the flip side of that was that if that husband could not control his sexual desire (behaving like a woman!), a wife could not longer respect him like a real man.

These stories are deeply problematic in a lot of ways. It’s really disturbing to see how women were forced to twist narratives used to expose their own innate flaws – weakness, susceptability, uncontrolled sexual desire – in order to exercise a right we take for granted today, to divorce a cheating spouse. But the court case also shows medieval women as astute readers of cultural narratives.

And I think this is hopeful. Yes, we probably do need to carrying on taking the piss out of Twilight. And it’s fun. But we also need to equip children (boys and girls) with the tools to see through the ways narratives portray gender roles. We don’t need to jump through thirty hoops in order to get a divorce any more … but there are plenty of women who struggle to construct a narrative in which it’s ok for them to break up with a partner, or to turn down a ‘perfectly nice guy’. We need to think about our cultural narratives of romantic interaction, not just to get angry with the most egregiously shitty examples, but to talk about what we mean when was say this story or that story ‘gives girls unrealistic expectations’. 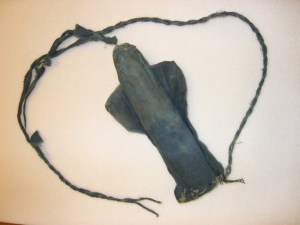